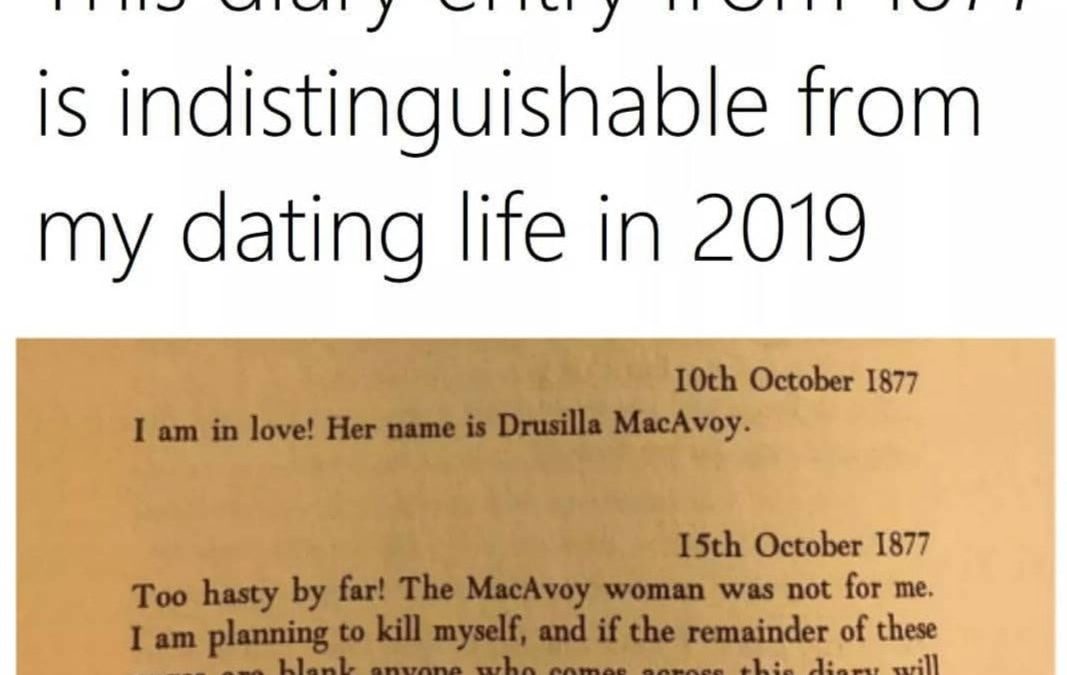 I’ve only had a small number of ‘real’ romantic relationships in my life – all unmitigated disasters. That’s not to say I regret them – some were founded on real love, others taught me what I wouldn’t want in a future relationship – but I look back and think that none allowed me to feel my authentic self in a trusting partnership.

By August 2019, it had been some time since I’d been on a date – maybe about a year. I’ve spent the last year ‘working on myself’. Weight loss surgery was a big deal, my friendships have been through some real tests this year, and I’ve been on the ever-constant journey of keeping myself mentally well. Amidst all this, I knew I didn’t want to throw myself into a romantic relationship without thinking it through.

Having done a lot of reflection about what I wanted from a relationship, I believed the time was right. I signed up to some apps. I would not tolerate bullshit.

Now, I don’t want this to turn into a post where I simply bemoan the state of dating in 2019, but I will start by establishing that dating is hard. Dating via apps is hard. Simultaneously, it encourages a quest for perfection while enabling people to behave in ways that are far from perfect. Dating is even harder when you are an intelligent, fat, outspoken feminist.

I should caveat that while most of this post relates to men and my interactions with them, I’m a bi cat and was open to dating women – it’s just that none of them wanted to date me ¯\_(ツ)_/¯

During the six weeks I was on ‘the apps’, I went on dates with five men. Inexplicably two of them professed a love of sea shanties on our first date.

More concerningly, during the six weeks I was dating, I noticed a significant decline in my mental health. I was often extremely anxious – having a panic attack on more than one occasion. I was also extremely down on myself. My self-talk morphed into an aggressive, ugly voice that picked up all my physical, emotional and personality flaws.

The extent to which I was posting memes from @onceuponatimeonhinge and @awardsforgoodboys to my instagram stories genuinely had a couple of friends reach out to ask me “…are you… ok?”. The answer was “maybe?”. At least there was some comfort in knowing that my experience with the tinder cesspool was not unique.

Most importantly, I had recommenced dating because I had been so confident in my sense-of-self. More confident, I think, than I have ever been in my life. That’s not to say, I had an arrogance about my worth and value, but that for once, I was being pretty honest with myself that I am a fundamentally good person who is worthy of love. But the process of dating had undone all that good work.

When I spoke to my psychologist about the dramas of dating, he suggested that it wasn’t perhaps just that the men were awful, but perhaps there was something about my behaviour and my selection process that was contributing to this. 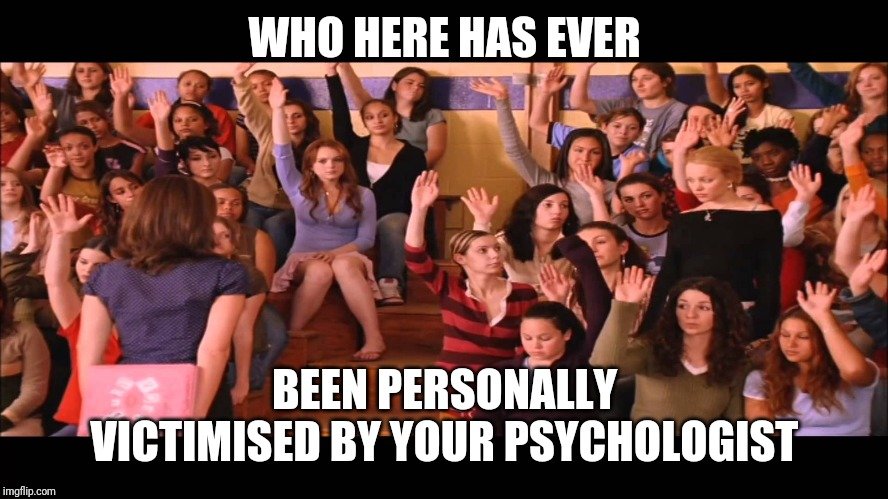 But I begrudgingly admitted he might have a point. I don’t think he was necesarily right that I was picking the wrong people – as evidenced in my chart above, it’s very slim pickings to begin with – but certainly my response to dating wasn’t healthy.

The answer to any of those questions is not entirely within my control. Even if I have the best possible profile, he might not match with me. Even if I message him, he might not be using the app right now so will never respond. Even if we have a chat, he might not be free to meet. Is he single? No, as it turns out (dude number 4).

When you’re in the first throes of dating someone (or really at any of the throes), it’s not advisable to turn that control freakery on to another person – that’s how unhealthy, possessive, co-dependent relationships develop.

I don’t have full oversight of the ‘relationship’. The one thing I can fully ‘see’ is the workings of my own mind. So when I can’t control the situation, the two-way dialogue that could happen with another person instead happens entirely with me. A distorted conversation about all my real and possible flaws.

I find myself trying to control the situation as much as I can. Moulding myself to satisfy and appease another person – even when the extent of our relationship is a casual ‘hey’ ‘hi’ on bumble. This is not healthy, and fundamentally, it is not what I set out to do when I began dating again. I want an equal, not to participate in something that makes me feel less than.

So I’ve stopped app-based dating. I keep joking to people that I’ve accepted my fate to die alone. It’s the melodrama I love, but it’s also ok. People talk about being alone like it’s a bad thing. But I don’t have a lonely life; I have an independent life. If I meet someone organically who complements that independence and a relationship makes sense, then obviously I will pursue that. But I am not going to sacrifice my sanity for a subpar dating process just because it’s expected of me.

One out of three isn’t bad.